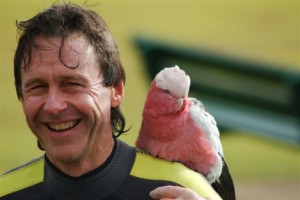 Founding member of the Board of Trustees of Intention One Earth Foundation.

I also studied the philosophies of various great achievers starting with my parents who were high-achieving food and liquor entrepreneurs, Buckminster Fuller, J Edwards Demming, Marshall Thurber and others. These influences along with other life experiences and most importantly my meeting with Fiona Reynolds in 2007 led to the founding of Intention One Earth Foundation.
In recent years I have researched the link between the growing incidence of chronic disease and de-mineralised food. I have developed simple and low-cost protocols to remediate these challenges to human, animal and soil health.

To assist through IOEF, the facilitation and implementation of various means by which the differences, inequalities and environmental crises that threaten our survival can now be resolved.
Horsepower P/L is a metaphor for the model of inclusivity and love, by which ideological differences can now transition to be a cause for celebration rather than confrontation. This model of inclusivity and the benefits, technological, ideological, practical can be made available to the wider world starting in Australia.
As this happens, the practical demonstration of the replacement of the old scarcity economic paradigm by a new model based on Abundance is achieved.
Through IOEF’s networks, the expansion of these concepts is already making a positive difference, though there is much still to do. 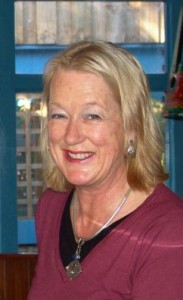 Employment: 1973 – 2002: In addition to producing three children between 1982 and 1989, I have been employed in diverse fields including Federal politics in a Prime Ministerial private office, hands-on project management in property development, building and landscaping, film and television production, events co-ordination and Artists’ Management.
2003 – 2007: Owner/operator for four years of a hospitality business in a remote desert town in northern South Australia.
2007: Returned to Sydney and with Dr. Mark Greathead, co-founded Intention One
Earth Foundation as a foundation in the private.
Since 2007, together we have:
Volunteering: participation in, fund-raising and event management for:

In sharing Mark Greathead’s vision for a better future for all, giving attention always to aligning the best of the ancient wisdom with the new to return all to balance, harmony, peace and prosperity.
Upon commitment, the principles disclose.
R. Buckminster Fuller
Buckminster Fuller originated the concept of Universal Principles, being concepts “that are true in 100% of cases”. We are particularly fond of the principle quoted above and find it to be reliably consistent.

"Upon commitment, the principles disclose."